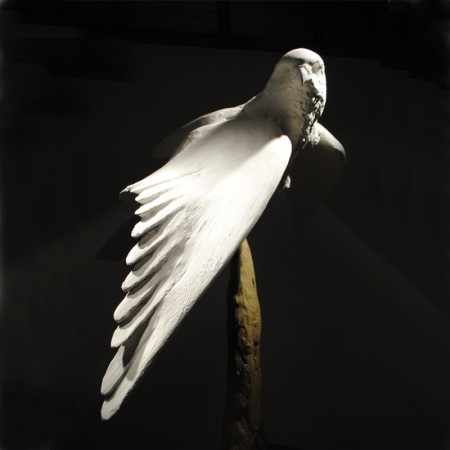 A kite is a flying tethered aircraft that depends upon the tension of a tethering system, Kites are usually heavier-than-air, but there is a second category of lighter-than-air kite called a kytoon.

During the first big snow in Lambourn one winter, a friend rang to say he had found a Kestrel on his barn door and would Sioban like to see it.

The cold had preserved the bird and it was beautiful. It seemed to be a juvenile male who had clearly not received the right kind of tuition from his mum about the perils of heavy snow. Whether he had become too cold, or had trouble finding food, he had not found the answer in time.

His life may not have been long, and if anyone had known of his plight, many of us would have been happy to help. However, in death he was able to provide a fantastic source of inspiration, not only for this sculptor, but also one of her pupils, a ten year old who was able to draw it before the bird was returned to the woods to take his place in the cycle of life there.

The KESTREL KYTOON is an evocative interpretation of this exquisite creature, possibly banking for a dive or warding off competition for his prey. Nonetheless, his pose, observed from death, is in fact extremely unlikely in life.

The bronze is balanced on a granite column, adding to his sense of precariousness.