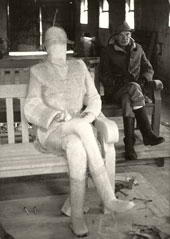 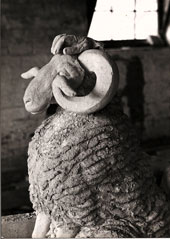 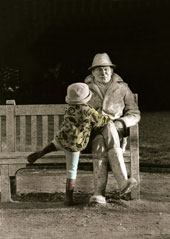 When I was given my first public commission, MAN & EWE ON A PARK BENCH, budgetary grounds insisted that innovative CONCRETE techniques were needed. Not having worked in concrete before I sought advice from the Cement & Concrete Association. They were extremely helpful, both in teaching me the first principles, as well as with some of the practicalities.

Casting a ‘bolt-together’ concrete bench, with sections as fine as wood, pushed current concrete technology to its limit. This meant that when the sculpture was finished, the bench in particular, became a point of interest for the building world at the time - something I am still very proud of! 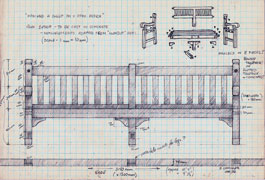 The bench moulds were made of plywood and polystyrene. Stainless Steel reinforcing was carefully formed, wired together, and fit into the moulds to exacting measurements. The concrete was mixed to C&CA specifications, tamped into the mould, vibrated and left to ‘cure’. 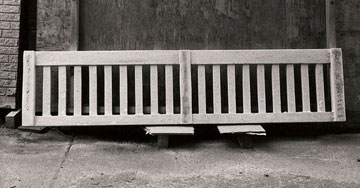 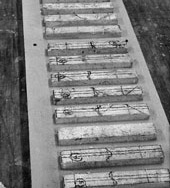 The FERRO-CEMENT technique for making the figures was developed initially for the MAN & EWE, and improved for each of the subsequent concrete pieces. However, the essential principles remain the same: 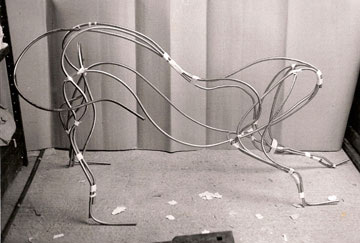 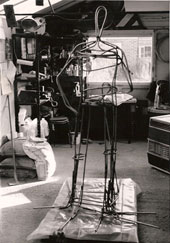 The more ambitious figures require a stainless tubular structure or ‘armature’. The armature is then surrounded by styrene.

Stainless grid is formed over the styrene to the required shape - but 30-50mm undersize - leaving about 25mm between the styrene and the frame. Once two layers of chicken wire is tightly wired on the frame, this metal structure will become the ‘filling’ in the ‘sandwich’ of concrete either side. 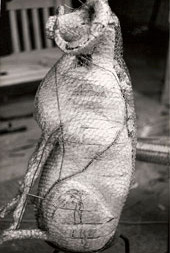 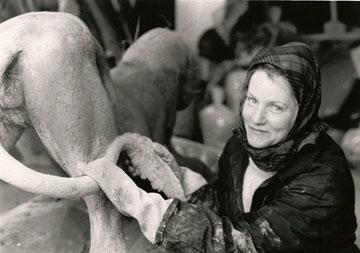 The basic body shape is ‘parged’ (a strength-giving continuous coat of concrete pushed on by hand to encase the structure), made with pre-coloured white cement and Cotswold stone. A water/SBR (styrene butadiene co-polymer latex) mix is added in a 1:1 ratio with water, to make an extremely well mixed, strong dry mortar. It is a little more malleable than damp builder’s sand!

Wires are left protruding from this initial ‘parged’ coat for the next layer of chicken wire to be added, which, in turn, supports the final ‘modelled’ layer of concrete. 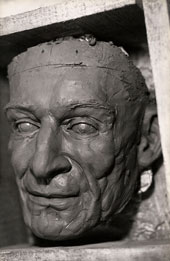 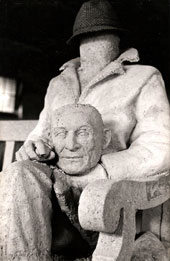 Finely detailed areas such as faces and hands are modelled in clay, and then moulded. The concrete mix is tamped into the mould around a prepared stainless/chicken wire structure. When ‘cured’ the face or hand is wired back on the body of the main piece. 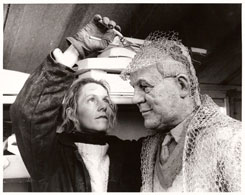 Clothing, hats, and etc. are made by adding chicken wire and modelling direct with concrete.

Disciplined attention of the rules of the technique, plus the addition of SBR, makes the concrete extremely frost resistant. FERRO-CEMENT has proved very durable. The MAN & EWE has survived twenty five years of hard weather and use. In fact it would seem that human intervention has been the main hazard!

FERROCEMENT is a composite material which is used in Construction building or Sculpting sculpture with cement, sand, water and wire or mesh material - often called the thin shell, in central north America. Ferrocement has great strength and economy. It is fireproof, earthquake safe and does not rust, rot or blow down in storms. It has a broad range of applications which include home building, creating sculptures, repair of existing artifacts and building boats and ships.

CONSTRUCTION METHOD - The desired shape may be built from a multi-layered construction of chicken wire, and if needed reinforced with steel wire or steel bars. Over this finished framework, an appropriate mixture of cement, sand and water is spread out. During hardening, the ferrocement is kept moist, to ensure the cement is able to set and harden.

The wall thickness of ferrocement constructions lies in general between 10 and 30 mm. Like other applications of cement, a considerable amount of time may be necessary for the material to fully cure and reach its final strength. Curing time is dependent upon the span or application load, and ferrocement can take a month before it is ready for use.

One who wishes to accomplish a smooth, finished surface will find that 10 - 30 millimeters is a highly technical and extremely difficult task suitable only for boats or small sculptures. Ten millimeters is nearly impossible unless one has a laboratory or supporting molds. Robert Maillart's beautiful ferrocement bridges are approximately 200 millimeters thick, for example.

There are at least two reasons why sculptors and builders who build for the long term avoid zinc coated wire such as poultry netting. 1) Galvanized steel used for animal cages is not required to be high quality steel. 2) Zinc is similar to copper chemically; it disolves slowly in the concrete matrix. Ferrocement artifacts utilizing zinc within the concrete matrix are only acceptable for the short time horizon of modern buildings or boat hulls. Sculptors and builders who build for a future of many centuries use uncoated high quality steel. A small quantity of galvanized wire is not harmful as the outer armature layer to hold fresh plaster in place.

APPLICATION - In India, ferrocement is used often because the constructions made from it are better resistant against earthquakes.

In the 1970s, designers adapted their yacht designs to the then very popular backyard building scheme of building a boat using ferrocement. Its big attraction was that, for minimum outlay and costs, a reasonable application of skill, an amateur could construct a smooth, strong and substantial yacht hull.

ADVANTAGES - The advantages of a well built ferrocement construction are the low weight, maintenance costs and long lifetime in comparison with steel constructions. However, meticulous building precision is considered crucial here. Especially with respect to the cement composition and the way in which it is applied in and on the framework.

When a ferrocement sheet is mechanically overloaded, it will tend to fold instead of crack or rupture. The wire framework will hold the pieces together, which in some applications (boat hull, ceiling, roof) is an advantage.A ferrocement construction has 10 to 25% of the weight of a comparable construction made of bricks.

Another important advantage is the ease of construction. Concrete is referred to as "mud," in central north America. People have been building with mud and sticks since moving out of caves. An armature of reinforcing steel and wire replaced organic reinforcing material during the industrial revolution.